To share your memory on the wall of Andrew Savage, sign in using one of the following options:

Provide comfort for the family of Andrew Savage with a meaningful gesture of sympathy.

To send flowers to the family or plant a tree in memory of Andrew Redrick "Papa Drew " Savage, please visit our Heartfelt Sympathies Store.

We encourage you to share your most beloved memories of Andrew here, so that the family and other loved ones can always see it. You can upload cherished photographs, or share your favorite stories, and can even comment on those shared by others.

Posted Jan 27, 2019 at 10:54pm
My condolences to the Savage family during this difficult time. In the Bible, Jehovah God gives us hope. Acts 24:15 says, “there is going to be a resurrection of both the righteous and the unrighteous.” Revelation 21:4 says, “and he will wipe out every tear from their eyes and death will be no more.” Very soon we will see the fulfillment of these promises here on Earth. We hope you find comfort in God’s promises.
Comment Share
Share via:
MC

Posted Jan 26, 2019 at 10:18am
Sorry for your loss. May the bereaved family find comfort from prayerful reliance on Jehovah, the God and Father of our Lord Jesus Christ. He is the hearer of prayer and the God of all comfort, who comforts us in all our trials. 2 Corinthians 1:3, 4; Psalms 65:2.
Comment Share
Share via:
J

Posted Jan 25, 2019 at 09:14pm
I’m very sorry for your loss, please accept my sincere condolences. Grief can be so hard especially the first year and though it may seem like death is the final state of things God’s word offers the hope of seeing those lost in death again during the promised resurrection. Christ spoke of this resurrection which means a standing back up, a restoration to life. At John 5:28,29 and John 6:40 he says in part “do not marvel at this there is going to be a resurrection...I will resurrect him on the last day”. So be assured you can be reunited with your loved one at a time when all things are made new. A time of true peace and security! You can read this at Psalms 37:10,11,29 and Revelation 21:4,5. There are many more heartwarming scriptures that give comfort and hope. For more please visit jw.org
Comment Share
Share via: 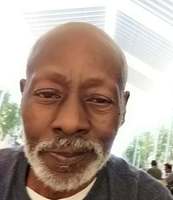