To share your memory on the wall of Anthony Lawton, sign in using one of the following options:

Provide comfort for the family of Anthony Lawton with a meaningful gesture of sympathy.

Craig was reared in Daingerfield in his early years by his Grandmother, Edna Lawto... Read More
Anthony Craig Lawton was the 2nd child born to Mr. James (Shorty) Arthur and the late Dorothy Lawton, Thompson on March 8, 1963 in Daingerfield, Texas.

Craig was reared in Daingerfield in his early years by his Grandmother, Edna Lawton and later moved to Dallas, where his mother carried him to the house of God at Mitchell Street Church of God in Christ, under the pastorate of the late Dr. Edward L. Battles.

He attended South Oak Cliff High School where he was active in sports namely, Football and Basketball and his classmates remembers him as being a very humorous person.

Craig had a career at Texas instrument, Dallas Independent School District, and currently at Metro Security Services.
Craig was loved by many in his neighborhood, and the surrounding Dallas, area.
He was preceded in death by his mother (Dorothy Thompson), grandparents, eight uncles and two aunties.

He leaves to cherish his memory: his Father, James (Shorty) Arthur, wife- Linda Lawton, daughter- Annisha Lawton and brother- Delton Lawton all of Dallas, Texas; One sister-Jacqueline (Andy) Austin of Daingerfield; Texas; one Step-Sister Yolanda Gates of Italy Texas; Six grandchildren; 2 special ones he helped rear, Montrevia Durham and Breanna Durham; five-nephews, one -niece, seven-uncles, eleven- aunties, one great auntie, many Special Cousins that was reared with him as Brothers and sisters; and other relatives and friends.
Read Less

To send flowers to the family or plant a tree in memory of Anthony Craig Lawton, please visit our Heartfelt Sympathies Store.

We encourage you to share your most beloved memories of Anthony here, so that the family and other loved ones can always see it. You can upload cherished photographs, or share your favorite stories, and can even comment on those shared by others.

Posted Apr 12, 2019 at 09:15pm
My condolences to the family: Almighty God promises to undo the problems Adam brought on the human family (Rom. 5:12); by means of God's kingdom (for which we pray at Matt 6:9-10) and by his son, Jesus' ransom sacrifice: the conditions of sin, suffering, and death will be removed and loved ones resurrected – Acts 24:10. What a hope! God Cannot lie
Comment Share
Share via:
E

Posted Apr 04, 2019 at 01:39pm
My condolences to the Lawton families. I'm sorry to hear about the loss of dear Anthony. Some Bible scriptures that have helped me during times of loss include Isaiah 26:19 and Psalm 37:28,29 which states in part: "Your dead ones will live...They will rise up". And the Bible also says "The righteous themselves will possess the earth and they will forever reside upon it". Therefore the Bible promises that we may be reunited with our loved ones lost in death by means of an earthly resurrection. This is further confirmed by John 5:28,29 which says "Do not marvel at this, because the hour is coming in which all those in the memorial tombs will hear his voice and come out". This is possible thanks to Jesus Christ's ransom sacrifice. Thus we have a genuine hope of everlasting life in a world without wickedness or suffering.
Comment Share
Share via: 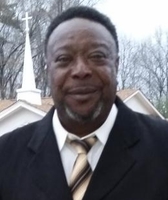