To share your memory on the wall of Andrew Austin , sign in using one of the following options:

Andrew (Andy) Austin accepted Christ at New Hope Missionary Baptist Church under the leadership of Pastor D. A. Hill many years ago and was a very faithful member, who later became a Deacon for Christ. Every Sunday and on Occasions he would drive the van for the church, and was very helpful in various areas of the ministry. He loved his church and pastor, whatever his hands found to do he did it.

To send flowers to the family or plant a tree in memory of Andrew "Andy " Austin , please visit our Heartfelt Sympathies Store.

We encourage you to share your most beloved memories of Andrew here, so that the family and other loved ones can always see it. You can upload cherished photographs, or share your favorite stories, and can even comment on those shared by others.

Sylvia Jones and Crystal sent flowers to the family of Andrew "Andy " Austin .
Show you care by sending flowers

Posted Jun 20, 2019 at 05:37pm
We're so sorry to hear you are suffering the loss of your dear loved one. Although it can feel overwhelming, we hope you can find strength and some comfort in the words found in Nahum 1:7 which reads: ”Jehovah is good, a stronghold in the day of distress. He is mindful of those seeking refuge in him.” Our loving God also has made the provision of a resurrection RIGHT HERE ON EARTH when it is restored into a beautiful paradise (Acts 24:15; Isaiah 55:11). Can you see imagine your dear loved one coming back to life? Find out more about this resurrection online at jw.org

Posted Jun 03, 2019 at 09:06pm
To the family, in this time of sorrow; may you have the ‘kindness, mercy, and peace from God the Father and Christ Jesus our Lord.’ (1Timothy 1:2) Our hope in Almighty God keeping our loved ones, who are ‘sleeping in death’, in his memory until the resurrection is comforting - 1 Thessalonians 4:13 - John 5:28-29.
Comment Share
Share via:
SJ

Posted May 30, 2019 at 12:36pm
Jackie, my condolences goes out to you and the entire Austin Family. I could not let this moment pass by without saying that you are in my heart. I thank the Austin family for leaving us with a piece of them, Amber, my niece. Her Uncle Andy will be greatly missed. You & the Family are in my prayers.
Beverly
Comment Share
Share via: 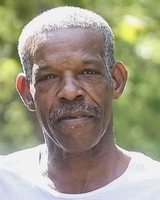 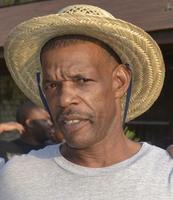