To share your memory on the wall of Myrtle Nesbitt, sign in using one of the following options:

Provide comfort for the family of Myrtle Nesbitt with a meaningful gesture of sympathy.

Being reared by her Father and a God-Fearing Stepmother Leon Parker she attended church at the Greater Shiloh C.O.G.I.C. There she received Christ at an early age under the ministry of the Late Supt. Vernon Roberson. Under this ministry she learned the fundamental Principal of Holiness. As a young girl she would go with her mother Leon to the many prayer meetings and all-night tarring services at Greater Shiloh.

In the early Seventy she found herself a young single mother of six little children. Mother said “that if my children had to suffer it was better they suffer with me then without me” and vowed to keep them all together.
In 1978 her Oldest Sister Mary persuaded her to moved the family to Dallas, Texas. This moved would prove to be productive and very prosperous on many levels.

Later that year she meets Mr. Jim Nesbitt “Honey” Who she would later go on to marry and as she said would have Twenty-Three year of marital bliss.

1979 the Family united with the True Way Evangelistic COGIC under the ministry of the Late Supt. Levi C. Gant. Just as the saints back home said he was indeed a great Father of the Gospel.
Under this ministry Mother Nesbitt acknowledged her call to the ministry. She work with the Pastors aids, Hospitality, Prayer Band and song in the Woman and Mass Choir for a while. Whatever her hand found to do she did with all her mighty. As always, she spent time around the mother of the church. Being mentored by Mother Penelope Steward and Mother Claries Jones.

1988 At the demes of Supt. Gant. Mother Nesbitt joined in fellowship of with the Abundant Life COGIC (Mitchell Street) under the ministry of the Late Dr. E. L. Battles. There she was a fervent worker for the Lord serving again with the Pastor Aids, Hospitality, and also song in the choir. Served as a Special Worker for the Pastor & Wife Anniversary, the Church Anniversary and Build Fund. She helped prepared fruit baskets for many of the National Evangelist that came to Dr. Battles Evangelistic Crusades. Mother Nesbitt and her husband Bro. Jim prepared many Homemade pastries and desserts for the saint as they would gather for fellowship Dinners and repass. This love for cooking and Hospitality was passed on to their middle son Byron.

In the Lateral years Mother Nesbitt was given permission to go assist Pastor Wendall Jones as he founded the newly form church Cathedral of Faith COGIC. Her Fiery style Ministry was a great blessing as Pastor Jones let her speak on the Radio Broadcast. It is said many called in to express how they were blessed, enlightening, encouraged and many received salvation from her sermon entitled….” Come Meet A Man”

1996 She began to attend the Potter House with her daughters Brenda and Evelyn. There she would remain a faithful member to the Lord called her home.

As a mother her joy was her children who she taught many life lessons. She often said she ask God to let her live so she could rise her own children and see her grandchildren grown. God granted her request.

She lived her lasts days as she lived her early years around her children taking care of her as she taken care of them. In the last decade Mother Nesbitt was celebrated with many Birthday, Mother’s Day dinners and Holiday gathers. She was the center of attention.

Mother loved the Parker Family. She would travel to every family reunion and gathering.

To send flowers to the family or plant a tree in memory of Myrtle Faye Nesbitt, please visit our Heartfelt Sympathies Store.

We encourage you to share your most beloved memories of Myrtle here, so that the family and other loved ones can always see it. You can upload cherished photographs, or share your favorite stories, and can even comment on those shared by others. 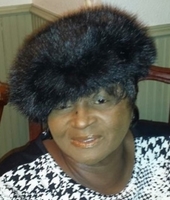