To share your memory on the wall of Morris Peoples, sign in using one of the following options:

After completing his education at Greenville High school in 1982, he entered the United States Air Force traveling the world until he was honorably discharged. He later returned to Greenville, Mississippi to marry and raise three kids and several nieces, nephews, and cousins. He loved listening to music and sports cars. Morris was handsome, fashionable, and charming. He never gave up a fight and even while sick his favorite words were “I’m Fine”. He loved his children and grandchildren more than anything.

To send flowers to the family or plant a tree in memory of Morris Henry Peoples Jr., please visit our Heartfelt Sympathies Store.

We encourage you to share your most beloved memories of Morris here, so that the family and other loved ones can always see it. You can upload cherished photographs, or share your favorite stories, and can even comment on those shared by others.

Love Kira, Andy, and Eli Derringer, Michael Bennett, and other have sent flowers to the family of Morris Henry Peoples Jr.
Show you care by sending flowers

Posted Jul 09, 2020 at 07:30am
To the Family of Morris peoples Jr from Michael Bennett and Family we love you Jr R.I.P cousin

Posted Jul 08, 2020 at 09:31am
To the family, know that my prayers are with you at this time , Morris and Patricia I feel your pain of losing a child. No matter how old a child is, that is still our baby. May God comfort all of you .
Carolyn Carrington Turner
Comment Share
Share via:
HS

Flowers were purchased and a memorial tree planted for the family of Morris Peoples. Send Flowers

Posted Jul 07, 2020 at 09:16pm
Peoples family, Just wanted to let you know I'm thinking of you and grieving with you. I am so deeply sorry for your loss. All of my love and support. 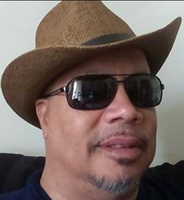