To share your memory on the wall of Coach Kenneth Reynolds, sign in using one of the following options:

Kenneth attended elementary, junior and high school in Mt. Pleasant, Texas where he graduated with the Class of 1981.

After graduation he joined the Army Reserve for a short period of time. He Attended McMurray College in Abilene, Texas. He attended Ouachita Baptist University in Arkadelphia, Arkansas. He Attended Texas College in Tyler, Texas. He was a member of Delta PSII Chi Fraternity.

He served as the President of the Dallas Coaches Association in Dallas, Texas. He loved to coach he has several girls track teams form Hillcrest High School in Dallas, Texas where he has continued to keep up with the young ladies.

He was presently employed with DISD where he worked with Special Needs Children.

He leaves to cherish his memories a host of nieces, nephews, cousins, and The Class of 1981.
Read Less

To send flowers to the family or plant a tree in memory of Coach Kenneth Earl "Crow" Reynolds, please visit our Heartfelt Sympathies Store.

We encourage you to share your most beloved memories of Coach Kenneth here, so that the family and other loved ones can always see it. You can upload cherished photographs, or share your favorite stories, and can even comment on those shared by others.

Posted Aug 03, 2020 at 07:44pm
Brother I never thought you would be leaving us so soon. I wish I had more time with you but know I am left with the memories that we share as a family. Brother I will always love you and know that you will truly be missed by your sisters and brothers who are left here to rejoice and praise you. When you get to Heaven I know your sister Karita Morton is going to embrace you with LOVE. God Directs- Proverbs 16:9 In their hearts human plan their course, but the Lord establishes their steps"
Your Sister,
Tiffany Morton-Justice
Comment Share
Share via:
DJ

Posted Aug 01, 2020 at 11:01pm
To Sonja Robinson and the Reynolds Family “Trust in the Lord with all your heart, and lean not on your own understanding, but in all your ways acknowledge Him, and He will direct your path.” Proverbs 3:5-6 RIP COACH until we meet again.
Comment Share
Share via:
LM

Posted Aug 01, 2020 at 01:44am
To Dot, Sarah, Sherry and the rest of the family. The Madlock family wishes to offer their sincere condolences on the passing of Kenneth. We were shocked when we heard and share in your grief. I can remember him as a young child at Cottrell Chapel and as a young adult at Texas College. If there is anything we can do, please do not hesitate to contact me. Linda Madlok
Comment Share
Share via:

We offer our condolences to you and are praying for each of you. We will remember Kenneth as a wonderful young man and one that the family, community, and his high school and college can always be proud of. Have a peaceful journey Kenneth and RIP!

Posted Jul 29, 2020 at 01:03pm
My deepest condolences to the family and friends. I pray you experience God’s perfect peace during this time of grieving.
Elaine (Hudson) Lafferty
Comment Share
Share via: 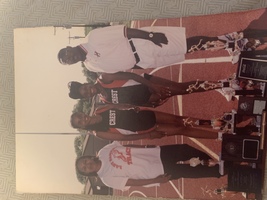 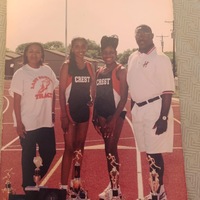 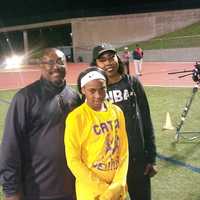