To share your memory on the wall of Elder Charles Johnson, sign in using one of the following options:

He was a talented builder and remodeler, and his projects included the First Church of God in Christ in Omaha, TX. Elder Johnson was also employed in a number of other occupations over the years, such as a crop picker, bus driver and buyer and seller of land.

In 1947, Elder Johnson answered the call to preach, and was recognized as an elder at the First Church of God in Christ by the presiding prelate bishop. He ministered to a number of congregations during his lifetime. Elder Johnson demonstrated kindness oftentimes lending a helping help to provide carpentry, plumbing, and painting services to his neighbors. He was known for providing free produce from his garden as well. When he transitioned into the nursing home, he attended Pentecostal church where he could be seen delivering the word, singing a song, playing the guitar for fellow residents.

Elder Johnson was a source of tremendous wisdom and inspiration. He enriched the lives of all whom knew him through the sharing of the faith that sustained him through a century of life. He is predeceased by his parents, siblings and his wife Dorothy. He will forever be remembered as the great patriarch of his family.
Left to cherish his memories are his 7 children;18 grandchildren, 10 great-grandchildren and 50 great-great-grandchildren.
Read Less

To send flowers to the family or plant a tree in memory of Elder Charles Edward Johnson, please visit our Heartfelt Sympathies Store.

We encourage you to share your most beloved memories of Elder Charles here, so that the family and other loved ones can always see it. You can upload cherished photographs, or share your favorite stories, and can even comment on those shared by others. 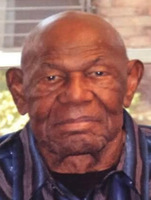