To share your memory on the wall of Bobbie Lee, sign in using one of the following options:

To send flowers to the family or plant a tree in memory of Bobbie Jean Lee, please visit our Heartfelt Sympathies Store.

We encourage you to share your most beloved memories of Bobbie here, so that the family and other loved ones can always see it. You can upload cherished photographs, or share your favorite stories, and can even comment on those shared by others.

From Ray Hurndon and the Class of DHS '71 sent flowers to the family of Bobbie Jean Lee.
Show you care by sending flowers

Posted Aug 15, 2020 at 09:11pm
Give all your heavy burdens to the Lord and he will give you the strength you need to get through. God is merciful and amazing. I'm a living witness.
Comment Share
Share via:
PP

Posted Aug 15, 2020 at 03:19pm
To the Family,always remember God will never ever put more on us than we can bear. God continue Blessing,Grace and Mercy for the entire Family
Comment Share
Share via:
MG

Posted Aug 14, 2020 at 05:45pm
Condolences to the family on the loss of your loved one. I knew Bobbie from my days of living in Daingerfield, and from my years of attending Rhoads High School. My brother Raymond, his wife, and I stopped by to visit with her a few years ago. She was as friendly as ever. May she rest peacefully in the arms of our Heavenly Father.
Comment Share
Share via:
F'

From Ray Hurndon and the Class of DHS '71

Posted Aug 13, 2020 at 01:41pm
Please accept our most heartfelt sympathies for your loss... Our thoughts are with you and your family during this difficult time.

From Ray Hurndon and the Class of DHS '71 purchased flowers for the family of Bobbie Lee. Send Flowers

Posted Aug 13, 2020 at 01:10pm
Richard and family, you have my deepest condolences in the loss of your mother. Unfortunately I know exactly what you are going thru since I traveled that road just a few months ago. Cling to your faith and treasure all of the great memories.
Comment Share
Share via: 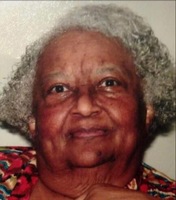 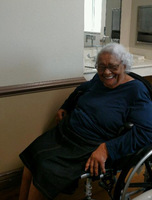