To share your memory on the wall of Joe Traylor, sign in using one of the following options:

To send flowers to the family or plant a tree in memory of Joe Traylor Jr., please visit our Heartfelt Sympathies Store.

We encourage you to share your most beloved memories of Joe here, so that the family and other loved ones can always see it. You can upload cherished photographs, or share your favorite stories, and can even comment on those shared by others.

Tyia Allen and the Nelson Family sent flowers to the family of Joe Traylor Jr.
Show you care by sending flowers

Tyia Allen and the Nelson Family

Tyia Allen and the Nelson Family purchased flowers and planted a memorial tree for the family of Joe Traylor. Send Flowers

Posted Sep 14, 2020 at 11:52am
To the family of Joe Traylor,
It’s with heartfelt prayers that we express our condolences to you. Joe will be missed by all of us. May the God of all comfort continue to give you the needed strength to endure, during these difficult times (2Cor. 1:3-4). With deepest sympathy : Frank, Senor, Zenor, and Margaret Mangon
Comment Share
Share via:
J

Posted Sep 12, 2020 at 05:42pm
To Mrs. Maggie Traylor, my classmate Shanay and the entire Traylor family,
On behalf of myself and the entire Nance family our thoughts and prayers are with you all.
We are praying for your strength during this time. In the days and weeks to come just know that
when the phone calls and the visits start to fade away; one thing is for certain...the word of God will be there
in your time of need yesterday, today and forever more. We are just a phone call away if you need us.
Jessica Nance on behalf of The Robert and Martha Nance Family
Comment Share
Share via:
ST

Thank you so much Jessica.❤️
GW

Posted Sep 12, 2020 at 04:25pm
joe we had some good times together, you me and shelley, out at tenneco, and i am going to miss you. the last time we talk, i say hang in there,but i guess the the lord had other ideals. but i know you are happly, but we all are going to miss you. love you george wheeler
Comment Share
Share via: 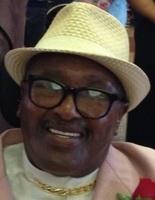 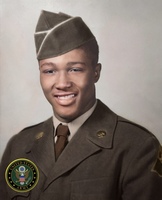