To share your memory on the wall of Shoshianna Moore, sign in using one of the following options:

To send flowers to the family or plant a tree in memory of Shoshianna Aunjeane Moore (Carbin), please visit our Heartfelt Sympathies Store.

We encourage you to share your most beloved memories of Shoshianna here, so that the family and other loved ones can always see it. You can upload cherished photographs, or share your favorite stories, and can even comment on those shared by others.

Posted Dec 09, 2020 at 12:15am
With each sunrise and every twinkling star I know it's you, rest in paradise Sho, you are deeply Loved and will be truly missed
Comment Share
Share via:
CC

Posted Dec 05, 2020 at 08:28am
My deepest condolences to the family. Sho was a great woman, mother, sis in law, friend, and business woman. She will truly be missed. My heart goes out to my nephew Zach. I know he's in good hands with his dad.. My brother.
Comment Share
Share via:
S 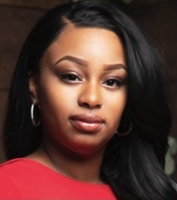