To share your memory on the wall of Mother Annie Bookman-Spigner, sign in using one of the following options:

Her Work
With a burden for the lost and a burning compassion to see all souls delivered from the bondage of sin, her deep-seated compassion for others was manifested even in her work. Mother Bookman possessed outward; as well as, inward beauty and worked diligently that women would know and understand the true meaning of beauty. While laboring in the ministry, she completed Coleman's Beauty College in Dallas, Texas and worked for many years as an outstanding Beautician, making beautiful the natural person, while praying day and night asking God to make beautiful their soul. She later completed the Instructor's course in Cosmetology at Madam Sweatt Beauty College in Tyler, Texas.
Her Christian Life
In April of 1950, Supt. Bookman and Missionary Bookman's ministry carried them to Mt. Olive COGIC (Winnsboro, Texas) with only 1 member and no place to worship. However, through the help of the Lord, the church was blessed with many souls and a new building was erected for worship before the end of that year.
In June of 1954, their ministry carried them to Mt. Vernon, Texas, to another green field with no building and no members. This time, they began to worship under a brush arbor, praying and fasting for God’s blessings. Before the end of 1954, the Lord not only saved many souls, but also blessed to erect the Saints a worship center. That building stood until the late 1990’s. Renamed Bookman Temple COGIC.
In September of 1954, she attended what was then called the Marshall District Convocation in Texarkana, Texas. Not knowing what God’s plan awaited her, she was appointed District Secretary of the Women’s Department. This allowed more work in the ministry for this young woman of God, and it brought her so much joy. Later, she was appointed Assistant District Supervisor under Mother Julia Reeves, and she served in this capacity for many years while continuing to follow her husband in God's plan. In 1961, Mother Reeves resigned and Sis. Bookman-Spigner was appointed District Supervisor. She was the youngest ever at that time, and in this capacity, she served for over 26 years. The Marshall District extended from Texarkana, Texas to Louisiana, and had over 40 churches. Later as the district grew, it was divided, and she became the Longview District Supervisor. It was a challenge because as she spread her wings, so did her husband. What a joy it was to her, to serve the Lord.
In the Spring of 1957, their ministry carried them to Linden COGIC (Linden, Texas). Same as before; no members, but this time they had a tiny storefront to worship in. Within the year, membership had grown and they had a beautiful new church building to worship in. That building is still being used today.
June 1957, the Lord called them to Mt. Pleasant, Texas. There, the Lord blessed the 1st COGIC church not only to grow, but to become a beacon of hope for the saints in the area. The church just celebrated their 100th Anniversary, which Sis. Bookman-Spigner attended.
In the Fall of 1958, after receiving a call from Bishop S.D. Lee, God called them to Smith Temple COGIC (Tyler, Texas) where she remained First Lady until March 3, 1982, when God called her best friend, Rev. Bookman, home. In the 24 years they were at Smith Temple COGIC, God blessed the church to grow beyond measure, and 2 new church buildings were built before Rev. Bookman’s passing. Many ministries were born there. She was appointed to the Chairmanship of District Supervisors by the late Mother Emma F. Barron and enjoyed making sure various leaders visiting the state were comfortable and cared for.
The year 1967 brought a new trend to their ministry, Radio, and with-it great challenge and opportunity to reach more people for God. This is the one time she felt that her strength was too small, but never to walk away from a challenge, she yielded to Gods will and accepted the position of Mistress of Ceremony for the Smith Temple Outreach Broadcast. She served in this position for 14 years as the MC.
After the death of Rev. Bookman, years later she married Deacon Joe L. Spigner, and moved to Oklahoma City, Oklahoma where she returned to teaching the youth as an assistant Kindergarten teacher at Gatewood Elementary until she retired. She remained a faithful member of Victory Temple COGIC under Bishop Malcolm Coby where she proclaimed the Goodness of God, until her death. Her life was that of a virtuous woman of God. "Her price is far above rubies", Prov. 31:10.
Her Memory
When our loved ones meet with sunset on this horizon and sunrise on the other shore, the greatest comfort is the memory of their work. For her faithfulness and dedication God elevated Missionary Bookman be with Him, December 21, 2020. We rejoice in knowing that her death is not the last sleep, but the last and final awakening. She leaves a legacy of wisdom, insight and the understanding of God that enabled her to live an exemplary life before her family and those who knew her. She demonstrated that one should know the way, go the way and show the way with prayer and fasting. Preceding her in death: Both parents; Brothers: Spencer Willis, Joe (Callie) Willis; Sisters: Mattie (Cleburn) Jones, Ollie V (Edward) Smith, Lover (Jesse) Pipkin, Mary (Fred) Smith, Isadora (Adlouis) Walker. She leaves to rejoice in her life of servant hood: Daughters: Quence (Charles) Miller and Veleshia Bookman; Granddaughter: Kimberly Miller; Brother: Dr. George Willis; one special niece and friend Dr, Dorscine Littles and a host of nieces and nephews, relatives and friends.
Read Less

To send flowers to the family or plant a tree in memory of Mother Annie Bookman-Spigner (Willis), please visit our Heartfelt Sympathies Store.

We encourage you to share your most beloved memories of Mother Annie here, so that the family and other loved ones can always see it. You can upload cherished photographs, or share your favorite stories, and can even comment on those shared by others.

The Murray Family sent flowers to the family of Mother Annie Bookman-Spigner (Willis).
Show you care by sending flowers

Posted Jan 02, 2021 at 05:54pm
Thank you Sister Bookman for being the epitome of a virtuous woman and setting standards high and making your shoes hard to fill. We can go throughout the land and rarely cross paths with a woman of your statue. You were filled with grace and class. You were representation of what a First Lady of the Church should be.Thank you for blessing me and my family with your love . I knew we were special to both you and Elder Bookman when you made a trip to Texas for my mother's funeral . I was so thankful and grateful and will forever hold memories of you in my heart. Thank you Quence Kay ,my friend of 45 years for sharing her with me and allowing me to call and talk to her along with my dad periodically. We love you and we are here for you , your friend Regina Kelly Taylor and Family
Comment Share
Share via:
YS

Posted Dec 31, 2020 at 04:13pm
Mother Bookman was a precious woman of God. I'll never forget the encourageing words she spoke into my life. She will always be remembered in my heart. It's good to know that she touched many others as well. Rest in peace Mother, I love you. Yvonne S.
Comment Share
Share via:
TF

Posted Dec 30, 2020 at 01:29pm
With deepest sympathy, May God comfort your heart as only he can. From the Murray, Isaac and Branch Family.

Posted Dec 29, 2020 at 11:18pm
Minister Veleshia Bookman, We love you and we're praying for you and your family. We will never forget Mother Bookman. With deepest condolences.

Flowers were purchased for the family of Mother Annie Bookman-Spigner. Send Flowers 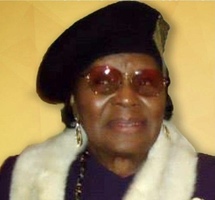